Guess I’ve been away for a long long time. What can I say… I’m not really a blogger. Just updated 3 Apps on the site, not new apps but old ones that are already out on the AppStore but didn’t had an entry on the site. Hmm….bad. So site not really up to date then 🙁

All that I can say MysteryFiles.nl is run by a one man team. I can’t do everything at once can I. Anyway currently I’ve some free time so hence these blog updates etc.

So what’s on my mind? Just uploaded a new app and now… a week nothing and waiting for approval. App approval is still long as ever…or one week…is reasonable in a way considering all the updates and new apps that Apple has to review and check.

But still sometimes really annoying. For example a couple of weeks ago I updated QuickFlip with gestures and IAP (do have to make money somewhere :|). After a week the App was live. Good…but when I checked the IAP. That wasn’t, this due to some weird error while the App was submitted the IAP wasn’t apparently. So had to submit another version of QuickFlip just for the IAP. A week later IAP rejected…WTF… turns out. A rule being “non consumables” needed a restore button. Oh dear…..resubmit again for just one button.

So the lesson I learned from this: rules are rules.AppStore rules are RULES to be followed otherwise a big red rejection sign. 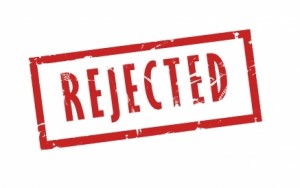