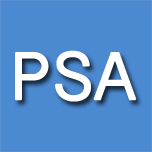 PSA is an application that helps you diagnose a mental disorder in a new way.

You simply have to select the symptoms that are present by dragging them to the selection field.
When you’re done start the Analyzer process.
This will give you some possible mental disorder diagnoses. Tap on them to see the specific criteria requirements for a proper diagnose (based on ICD, DSM). As a quick reference usage of the app, you can tap the library button and search for a mental disorder directly. Tap on the mental disorder to see the specific criteria requirements. Or read more about the disorder by pressing the wiki button. 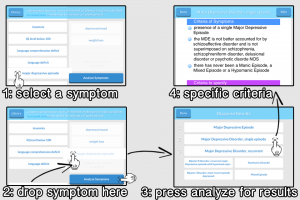 I wanted to call it a psychological symptom analyzer tool first and shorten it to PSAT, but that a name conflict with the PSAT test. Or the better-known version of the SAT test. Name confusion is one thing but the other thing is maybe taken down notices due to intellectual property rights or something of that matter.

So PSA it is then.

I designed it in the hope that it would make the diagnose process easier by using symptoms tag as the first filter. And after that the specific mental disorder Criteria (set by DSM and ICD) check for a proper diagnose. Or just go straight to the Criteria check by searching for the mental disorder.

BTW I’ve also included the quick Criteria search data into Psych 101, really like how that data function turned out. So why not, it makes the app better.

Now I hope the user will also think this way and rate the app. With the current AppStore ranking system, highly rated apps are treated better. Which equals more downloads. And those downloads translate into certain paper and metal stuff that I can exchange for food & shelter.